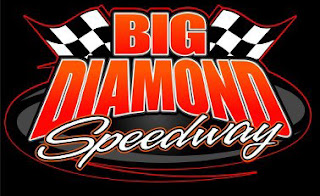 The Modified heats were won by Dan Hineline and Kevin Beach Jr.