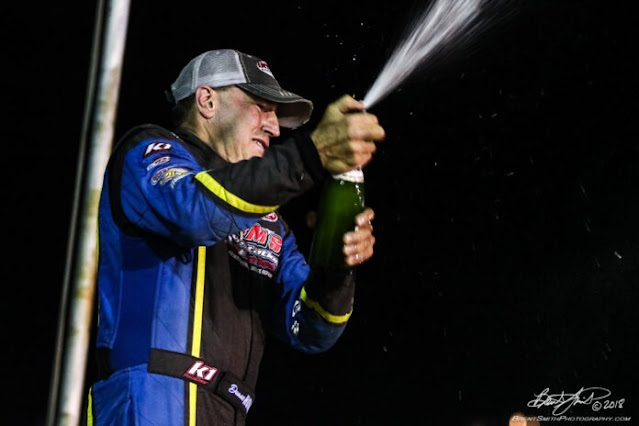 Saturday’s running of the Gobbler at Georgetown Speedway put the finishing touches on the 2020 Northeast dirt Modified season. However, the silly season news continues to flourish.

The first piece of the puzzle was put into place last week after Dominick Buffalino was named the driver of the Glenn Hyneman No. 126 replacing Jeff Strunk. Today the second piece was put in place as Duane Howard was named to be the hired gun of the Butch Getz owned No. 15,S which was driven by Strunk this past season at Big Diamond Speedway.

“I talked to Duane last Sunday,” said Getz as he xplained how he got together with Howard for next season. “I wanted to do Big Diamond and one other track for Saturday and Jeff (Strunk) knew that and he was still in the No. 126.  I wanted to do two nights so I met with Duane last Sunday night ,like I said, and I told him the same thing, that I wanted to do two nights a week along with some specials and he was interested in the ride. I knew Duane wasn’t happy with the No. 357 and wanted a change.  We agreed on a deal and that’s how it went. Now, we are going to go and wins races and hopefully one or two championships.”

Getz who fielded the car for Strunk on Friday nights after the No. 126 had engine troubles early in the season also drove himself at the Penn Can Speedway. In 2021, Getz will be forgoing the driving part and will focus solely being an owner in the sport.

“Yeah I am done driving,” said Getz. “I got lucky last year when Glenn and Bonita (Hyneman) let him use their truck and trailer or else I would have had to quit last year, and I can’t thank them enough for that. I really wanted to run the whole season at Penn Can and with them letting Jeff use their truck and trailer I was able to run the whole year there.”

For 2021, the team will field two Bicknell chassis Modifieds, both powered by engines-built by Performance Engines by Billy the Kid. Getz is excited to get the season started with his new driver and talked about his team and how it will not lack for equipment.

“I just went up to Bicknell’s on Saturday and picked up a new 2021 chassis to go along with the one Jeff drove last year,” mentioned Getz. “I have a new Billy the Kid spec motor being built right now. I have the Billy the Kid spec motor from last year that I will take up to them to rebuild, and I also have an open 360 Billy the Kid motor sitting here that is going to get freshened for next year. I will drop both of them off in the next couple of weeks when I go up to pick up the new motor.

“We have Penske shocks on board and Dave (Reedy, Penske shock rep) will be helping us out. We should be fine, we will have the best of the best and with Duane we should be there competing for wins, titles and hopefully win a couple of big races like the Forrest Rogers, 76er or the Coalcracker. Duane is one of the best to ever race at Big Diamond and Grandview and I knew I couldn’t wait long to make the deal, or I might not have had the chance to get him.”

Getz and his crew will maintain the cars at his newly built shop at his house in Kunkletown, Pa. Howard and some of his guys will help to get the cars ready for action.

“The deal I made with Duane includes him and his crew coming up to the shop once a week to help with cars and get them ready to race,” cited Getz. “I have a good bunch of guys who will help me work on the cars and with Duane and his guys coming up once a week, we should be just fine. Obviously, if we have troubles and the car needs some extra work, they will come up and give us hand.”

After Strunk was let go by Hyneman as driver of the No. 126, most people, this writer included, thought Strunk would be just slide into the seat of the Getz Modified and that would be that after the success they had at Big Diamond in 2020. It certainly was a surprise when Howard was named as the driver.

“I told Jeff after the 76er when it was thought he was going to be fired that had I cars for him for next year,” explained Getz. “Jeff knew I wanted to race two nights a week next year and he couldn’t do that driving for Glenn. When it looked like Jeff was going to stay with Glenn, I had to start looking elsewhere.

“Tuesday night Glenn called me around 7:00pm and told me that Jeff was no longer his driver as of 2:05pm and asked me if Jeff called me to let him know. I told him no, that I hadn’t heard from Jeff and he was shocked and said that I should’ve been Jeff’s first call. Jeff did call me on Wednesday, and we met for dinner on Friday. We talked and I didn’t get the impression that Jeff was able to commit to two nights a week. The dinner just had a strange vibe, it was like it was a goodbye dinner instead of a let’s team up and kick ass dinner and that didn’t sit well with me.

“At that time, I knew I had to make a decision. I was leaving at 5:00am Saturday morning to go pick up the new car, I talked to a lot of people yesterday while I was driving about things and I decided Duane was the driver I wanted. I wish nothing but the best for Jeff, he is a great driver and he ran great in my car this year and I know he’s been talking to a lot of people.  I am sure he will be able to get something for next year before too long. Jeff knew what I had going on for next year and the deal should’ve been done fifteen minutes after he was fired. I feel like crap that it wasn’t, but I have to move on and now it’s time to get my stuff together for next year and go win some races with Duane.”

Duane Howard was contacted to get his thoughts on the new combination for next year and as you would think, the Oley, PA driver is ready to put 2020 behind him and excited for what’s ahead in 2021.

“Last year was probably the worst year of my career, racing wise,” explained Howard. “It was time for a change for both parties. I am really forward to driving for Butch. He has assembled quite the race team for next year and has really stepped up his program and there will be no lack of good equipment for sure.”

Howard reflected on last season and talked about how the season went in 2020.

“Both parties I think got a little stale and we never got that opportunity to race our way out of it,” said Howard. “We didn’t travel, we didn’t race anywhere different and we just got stuck in a rut running locally and we could just never climb out of that hole we were in. I didn’t want to race like that, and Norm (Hansell) and the No. 357 team didn’t want to race like that.  I think both sides were embarrassed with how we were racing. In the long run I think it was best for both parties to make a change. Norm and I won some big races together and some championships.  Norm gave me everything we needed to get the job done and this year we just didn’t get it done. I know as a driver that sometimes and you have a down year and you have to work hard to get out but this year for some reason, we just could not work our way out of it.”

It is an exciting time for Howard, and he is ready to get back to racing and show what he can do with Butch Getz and the No. 15S team.

“I’m anxious to get to racing with Billy the Kid motors again,” mentioned Howard. “Way back in the day, I first started with Billy the Kid motors when I drove for the No. 66 (Petruska 66) at Syracuse and we ran very well there. This was when Billy the Kid was breaking into the dirt series and we ran very well with them. I am really anxious to get rolling next year with the equipment Butch has put together and I wish the new season was starting tomorrow to be honest. I am not just hoping next year will be better, I know next year will be better!”

Both owner and driver seem to be very motivated as they head towards 2021 and look for this combination to be in the mix for wins and championships wherever they choose to unload next season. 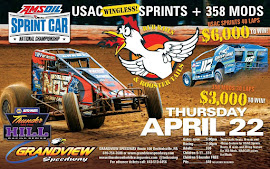 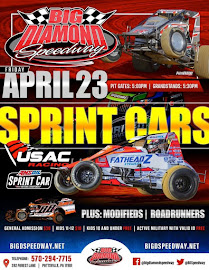 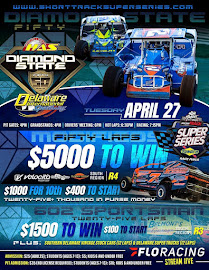 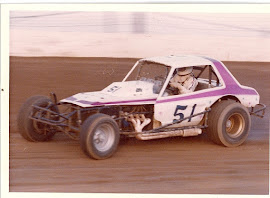