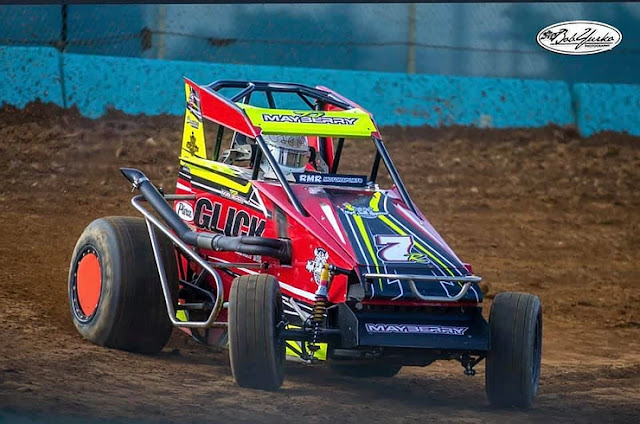 As the stable for car owner Ralph Rehrig continues to grow the philosophy will remain the same; Win races.Rehrig has a storied history in racing as a car owner. Rehrig has fielded cars since 1999 starting with Legend Cars. From that point he has entered Slingshots, Late Models, TQ Midgets, and SpeedSTRs in competition.

Rehrig made the call to Tom and TJ Mayberry to join the SpeedSTR fields some years ago. Rehrig’s relationship with the Mayberry family starts with Tom when he was driving Modifieds for Jerry Eshelman in the early 1980’s.
Both Tom and TJ have shown strong runs in recent events. TJ came very close to visiting victory lane two years ago at the Action Track USA. TJ ended the season with a second place finish following top five runs and ended the season with a third in the point championship battle.
What was a two-car team transitioned into a three-car group last year when Justin Thompson was added as a third driver. Thompson spend the season splitting his time between the SpeedSTR and his family owned Slingshot. In 2021 Thompson will focus his efforts solely on running the SpeedSTR.
As for what Rehrig is hoping for from his second-year driver?
“I am hoping Justin becomes more aggressive, he has the knowledge and ability he just needs a little more of the killer instinct,” says Rehrig.
The Glick Fire Equipment team will grow again in 2021 with the addition of a new driver. Jeff Kot will transition from Three Quarter Midget competition into the SpeedSTRs. Although, the plan did not entail fielding a fourth car, the team felt there was no purpose in a car sitting in the garage idle. Rehrig and Kot have a friendship dating back to Rehrig’s time in the TQ ranks that allotted Kot an opportunity.
“I met Jeff when I owned a TQ and we became friends. Jeff is friends with Matt Janisch and was coming to Action Track when Matt raced. Last year Jeff asked about driving, so in November I told him if he could bring enough help to maintain the car, he could race it.”
As mentioned Kot’s background has been in asphalt racing in the TQ midgets. He has had success in the ATQMAR and indoor races. Rehrig believes that Kot can make the transition to dirt racing and will be as competitive in a SpeedSTR as he was in the TQ racing.

2021 will be a busy year for a now four car team for Ralph Rehrig. He goals are set with the season opening event less than a month away.

“Aside from everyone having a safe year, I would like to see all four cars in the top ten of points at the end of the year. I would also like to see Tom and/or TJ win a feature or two.”

The 2021 Speedway Entertainment All Pro SpeedSTRs fueled by VP Racing Fuels season will open at Middleford Speedway in Seaford, De on March 20. This event will be the first in a 25-race schedule that will see the class compete at five different facilities in three states. Each event will award the winner at minimum $2,000.

For more information regarding the SpeedSTR cars or series you’re encouraged to visit SpeedwayEnt.com or Facebook. You can contact the Speedway Entertainment office at 717-866-7450.
Posted by BVT at 5:51 PM 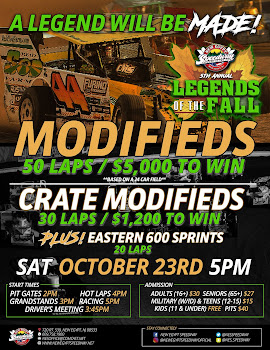 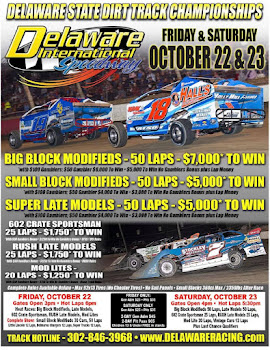 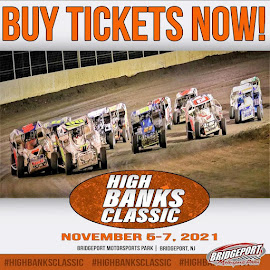 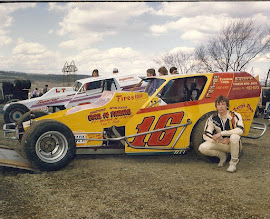