THE 51ST ANNUAL FREEDOM 76 SET FOR SATURDAY, SEPTEMBER 18, AT GRANDVIEW SPEEDWAY WITH $30,000 GOING TO WINNER

BECHTELSVILLE, PA SEPTEMBER 9, 2021 . . . The excitement is continuing to build for two big nights of auto racing action, September 17 and 18, at the popular banked clay Grandview Speedway oval topped by the 51st Annual Freedom 76 Modified Classic that will reward the winner with at least $30,000 plus lap money on Saturday night. This race is expected to attract many of the top names in dirt track Modified racing.

It all got started back in 1971 when Eddie Mumford won the first Freedom 76. Over the years there have been many of the top names visit victory lane including Jeff Strunk (8 times), Craig Von Dohren (5 times), Duane Howard (5 wins), Meme DeSantis (3 wins), Billy Pauch (6 times), Fred Rahmer (2 times), Ray Swinehart, Stewart Friesen, Kenny Brightbill, Glenn Fitzcharles, Tom Mayberry and the late Doug Hoffman. Strunk has won the big event 5 times out of the last nine races run.

The Freedom 76 will be available for viewing on Dirt Track Digest (DTD).

The weekend kicks off with the action packed Freedom 38 for Sportsman stock cars paying the winner of the 38-lapper $2,000. This race is also expected to attract many visitors to test their skills.

Adult admission is $15 with youngsters 6 through 11 paying $5 and kids under 6 admitted free. Pit admission for Friday is $35 and there is no license required. There is no rain date for this event.

Tickets for the Freedom 76 will sell for $40. Youngsters, 6 through 11, on Saturday will pay $10 while kids under 6 are admitted free. Pit admission will be $45 with no license required. There are no advance tickets being offered. Rain date for the Freedom 76 is Saturday, September 25.

Chapel service has been moved outside of main gate area starting at 2:45 p.m. BRING YOUR BLANKET OR CHAIR.

On track action will get started at 7 p.m. as top Modified racing talents participate in qualifying events, the $1,000 to win GT Radiator Repairs Cash Dash, the Schaeffer Racing Minuteman 20 and top it all off with the 51st edition of the Freedom 76, “The Granddaddy of Modified Stock Car Classics”.

THE LYNN HIMES GREAT EFFORT AWARD $100 presented to the highest finishing driver NOT in the top ten in Grandview points.

Pete Knappenberger and his Maddie Pearl group will be entertaining from 4 p.m. to 6 p.m. in the first turn area.

Both nights Gary Balough, winner of hundreds of Modified and Late Model features, will have his most famous race car on display, the Batmobile. He will also be autographing copies of his book, “A Checkered Past: My Story, Gary Balough”.

THOSE WITH CAMPERS PLEASE NOTE. Campers can enter the speedway grounds on Saturday September 11 and have the camper remain on the grounds until the 19th. However, because there are no hookups, sleeping in the campers can only take place on Saturday, September 18th to the 19th.

For additional information check in at www.grandviewspeedway.com, Facebook, or 610.754.7688. 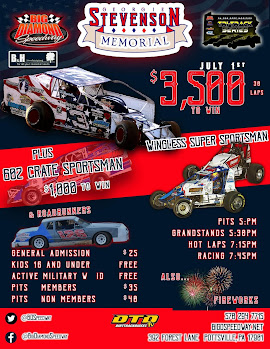 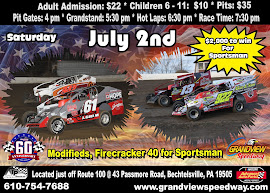 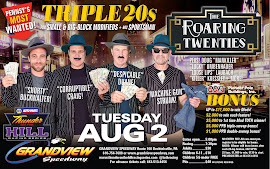 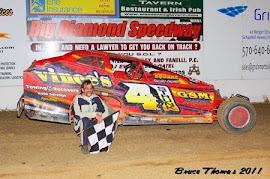